Broken Nose is the new face of skacore. This Bridgend six-piece is taking the scene by storm, with their debut album ‘No Compromise’ ringing in the ears of all those who come by it.

Since signing with Hidden Talent Booking, Broken Nose is appearing on some incredible line ups, including 2010’s Ska Trek: Next Generation Tour, and Rebellion Festival in August for the second year running.

Broken Nose will embark on a UK tour this March with Amsterdam’s Jaya the Cat.

OUR CALENDAR (SKA AND OTHER SRUFF)

Promote Your Page Too 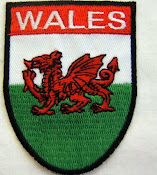